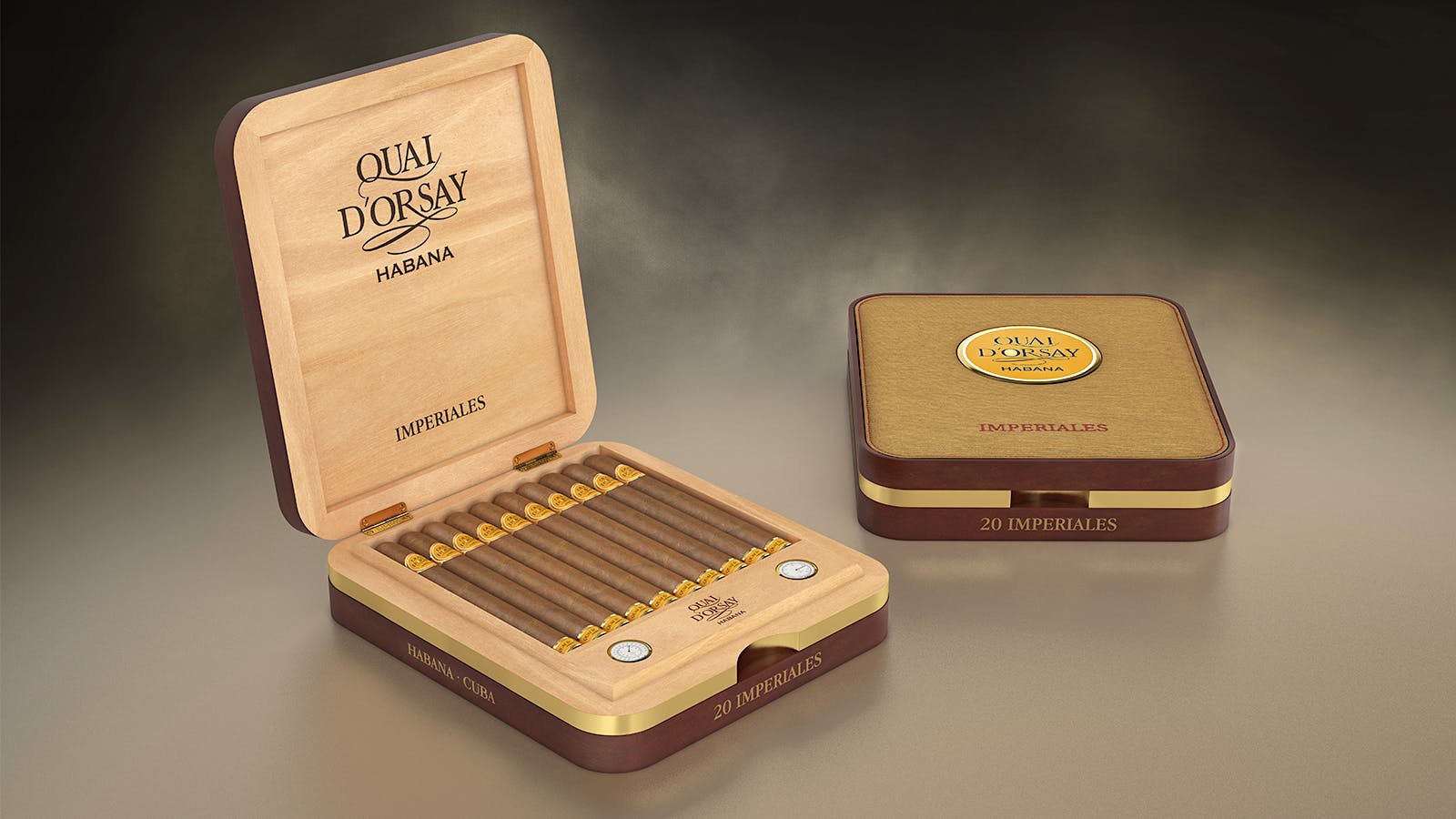 It’s a turbulent time for the Cuban brand from the Quai d’Orsay, as Habanos SA not only brings back the discontinued Imperiales, but also adds a new size to the main line.

Last week at the TFWA World Expo & Conference in Cannes, France, Habanos unveiled a travel humidor that contains 20 Quai d’Orsay Imperiales. Measuring 7 inches by 47 rings, the Churchill-sized Imperiales were discontinued in 2014, but have been relaunched for this set, which will only be sold through travel and duty-free channels worldwide.

While the Imperiales humidor is limited to duty-free markets, the forthcoming Quai d’Orsay No. 52 is a cigar intended for worldwide distribution. Measuring 6 1/8 by 52, the No. 52 takes the brand to four sizes. This regular production cigar will be unveiled on October 20 at a launch party in Paris at the Hôtel de la Marine.

Quai d’Orsay began in the 1970s as a cigar brand aimed primarily at the French market. In 2017, Habanos made the Quai d’Orsay a global brand, completely revamping the line with new sizes, new blends and new packaging for wider appeal.

There is no official word as to when exactly either cigar will begin appearing in their respective markets, and pricing has not been announced.

For an opinion on the new Quai d’Orsay n°52, see an upcoming issue of Cigar initiate.

Read next: Cuba has a new Montecristo: Wide Edmundo premieres in Spain