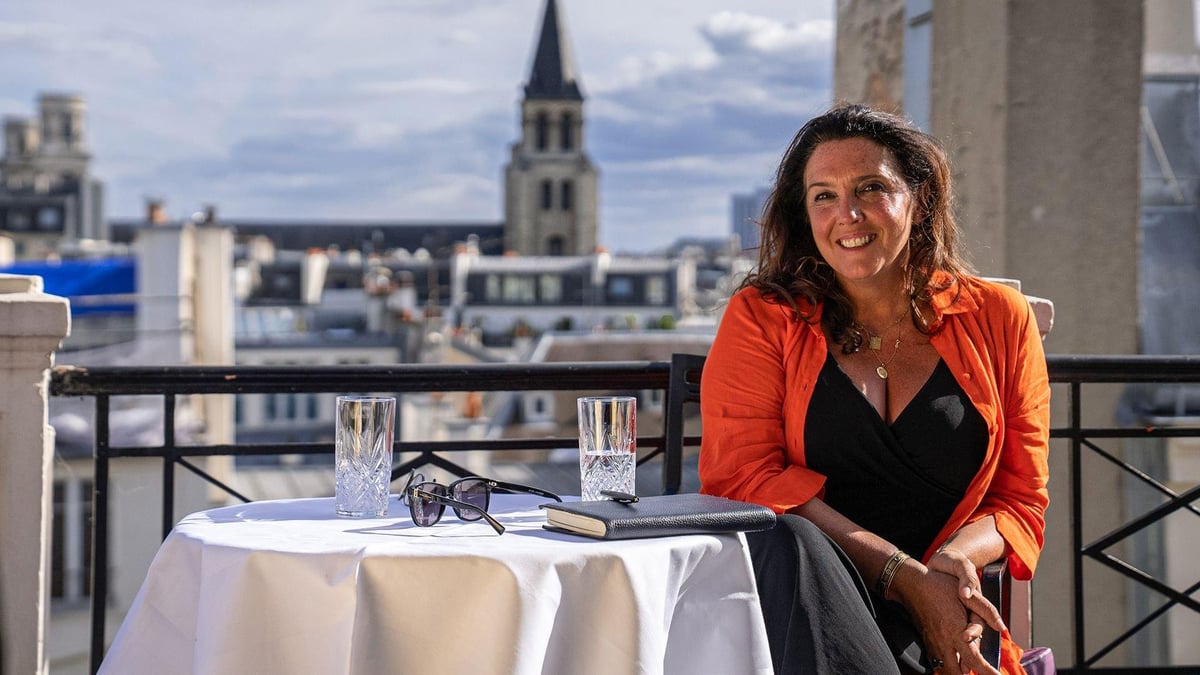 Over the past 20 years Professor Bettany Hughes has produced historical documentary programs on Troy, Athens, Egypt, Rome, Alexandria, the Nile and Pompeii, linking the past to the world today.

And while it’s made a name for itself on TV as a classic, the 55-year-old historian, author and host’s new series is much more of a travel show, but with plenty of history and culture.

In From Paris to Rome, she embarks on the journey of a lifetime through France and Italy to discover how travel, arts and culture, and the best foods can enrich our lives, along with some fascinating stories. explaining how the destinations came to be.

Inspired by the great tourists of the 18th century, Bettany organizes her own modern and pleasant trip to some of the most beautiful cities in Europe.

During her travels, she will encounter the breathtaking beauty of the canals of Venice, visit the sumptuous Lake Como and cruise the Seine in Paris – all in her search for the finer things in life. It’s a treat-packed adventure that revels in all that makes life worth living.

Bettany begins this journey of a lifetime in the French capital and ‘city of love’ – Paris.

Benefiting from privileged access to the most visited museum in the world, the Louvre, Bettany comes face to face with the Venus de Milo, the ancient Greek sculpture created during the Hellenistic period, between 150 and 125 BC. From there she moved into the five-star boutique L’Hotel – playwright Oscar Wilde spent his last days before his death in 1900 here and he now has a cozy cocktail bar named after him.

Bettany then has lunch at the famous literary haven Les Deux Magots in the Saint-Germain-des-Prés district of Paris, before taking part in the great Parisian institution of lunch in an haute cuisine bistro, where she discovers the gastronomic delights of the city. .

Later, designer Christian Louboutin, best known for his high-end shoes with shiny red soles, helps him understand why the Parisienne style is so iconic and chic.

After a sunset cruise along the Seine to say goodbye to Paris, the presenter travels to the French lakes and Annecy near the border with Switzerland to stay at the grand Hôtel Belle Epoque Imperial Palace, where d past guests have included former British Prime Minister Winston Churchill. and Hollywood star Charlie Chaplin.

Here she also discovers how the lakes inspired artists like Paul Cézanne (he described it as a scene one would expect to find in “the albums of young travelers”), and provided a haven for Queen Victoria, whose first purchase of land on the Continent was at Aix-les-Bains.

She also sees firsthand why French painter Henri Matisse was drawn to the Côte d’Azur – Nice is home to the Matisse Museum.

And finally, she toasts the first stage of her adventure with a delicious local rosé. Well, it’s a travel show, after all.