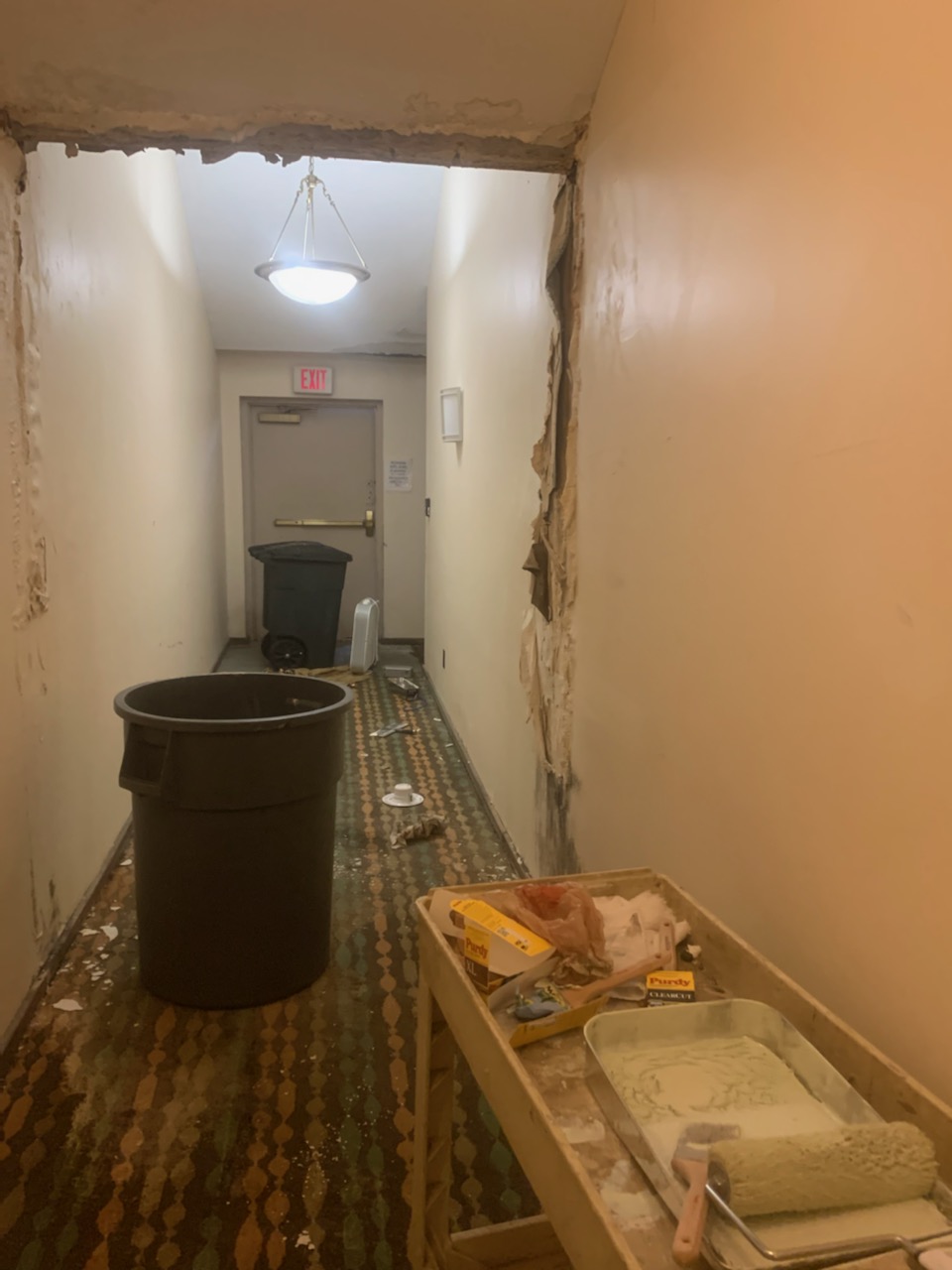 According to inspection reports the Daily News obtained from the City of Midland, the condemned hotels at 5217 and 5221 Bay City Road posed safety and health risks for years before the properties closed on August 26.

One person who recently pointed out the poor condition of the hotels was Barbara Horsey, a Clarkston resident who hosted the Siberian Husky Club of America’s national specialty event last week at the Great Hall in Valley Plaza. This event is the club’s annual national competition, Horsey said. This year was the second time since 2013 that it was held in Midland. However, this year’s event saw only about half the attendance of the 2013 event due to the two hotel condemnations.

Since the event took place at the Great Hall, Horsey said the organization has fully booked one of two hotels for the event, as well as plenty of campsites at the nearby campground.

After Patel abruptly canceled all 70 hotel rooms and 40 campsites, Horsey said she visited the hotels to meet him. She could not get in touch with the owner and manager. She said the rooms smell musty and musty, and said she sent pictures to Midland City Attorney Jim Branson when she saw the condition of the building.

Due to these cancellations, many people who wanted to enter their dogs in the show were unable to, due to a sudden lack of nearby viable hotels to stay in with their dogs.

While the non-profit husky club was financially unaffected by the drop in attendance, Horsey said revenue from the Great Hall has been cut in half as the club buys less food for the small crowd.

However, despite the reduced number of attendees, she understood the city’s decision to force hotels to close.

“Oh my God, it was awful there,” Horsey said.

The hotel at 5221 Bay City Road was affiliated with Best Western until October 2021, but is no longer a Best Western property.

An October 27, 2020 inspection report of building 5221 specified 13 code violations, but also stated that each of the violations had been corrected. An inspection was conducted the same day of Building 5217 and identified six violations, all of which were also corrected.

Patel told the Daily News on August 30 that he intended to carry out all required repairs specified in the city’s condemnation letter, in order to reopen the hotels. He also said he plans to sell the two buildings within about six months to a party that intends to open an assisted living facility in the buildings.

The Daily News has asked Patel for comment on the current status of the two condemned hotels.