Industrial disputes, fantastic auctions and vine dogs – this week’s roundup has something for everyone.

It’s been a curious week for the news, with President Biden’s approval ratings plummeting as the Queen finds out what her funeral will look like and no disruption to hostilities between the two sides in the vaccine war.

Wine week has also been busy – the dawn of topless wine, more California fire dramas, and the curious case of water tycoons who have turned to wine. Here are some news that you may have missed.

Several hundred workers went on strike Wednesday at the Moët & Chandon headquarters in Epernay, France, to demand the “Macron bonus”, which LVMH has reportedly refused to pay to staff.

The bonus, named after the French Prime Minister who instituted it following the “yellow vests” demonstrations at the end of 2018, is a non-taxable annual bonus of € 1,000 ($ 1,190) paid by companies to employees whose salary is less than three times. the minimum salary. Earlier this year, the French government announced its renewal but the local union delegate Alexandre Rigaud of the CGT (General Union of Workers) at the AFP, LVMH and Moët & Chandon press agency did not spit.

“The management of Moët et Chandon and LVMH do not want to pay the Macron bonus this year and the employees do not understand that with the profits of LVMH, Mr. [Bernard] The personal value of Arnault and the turnover of Moët & Chandon, the management does not want to pay within the framework of a fair distribution of earnings with the employees ”, declared Rigaud, who declared that the workers of LVMH had received the bonus the two previous years.

Bernard Arnault, who heads the LVMH group, this year became the richest person in the world and his fortune is estimated at $ 6 billion. According to Rigaud, 250-300 LVMH employees went on strike.

The strikers gave LVMH management until the weekend to start talks, with strikes set to resume on Monday. According to AFP, a spokesperson for the Champagne house indicated that discussions would take place with the staff.

Industry-led tourism initiative World’s Best Vineyards is hosting an auction to support flood-affected winegrowers in Germany’s Ahr region. The auction, which will take place on the weekend of September 17-19, includes a number of exclusive wine experiences and rare wine lots.

Some of the lots listed include:

All proceeds from the charity auction will go to the Ahr Flooding donation account of the German Wine Institute and the funds will go directly to the winegrowers in the Ahr.

“We have been blown away by the generosity of wine producers and businesses around the world who have donated to this extremely worthy cause,” said Andrew Reed, General Manager of Wine and Exhibitions at William Reed, who publishes the list. from the best vineyards in the world. “From unique experiences to exceptional and rare wines, this is an event not to be missed.”

Bidders should visit www.worldsbestvineyards2021auction.com to register for the auction.

Last Thursday, the Argentine capital Buenos Aires approved the creation of a “wine district” (Distrito del Vino), which is expected to host a series of wine-related events. Ranging from tasting rooms, training sessions, wine schools and educational seminars to gastronomic events, wine bars, retractable cellar doors and even a wine museum, the neighborhood will also be home to a range of producers and of groups through the different Argentinian wines. Regions.

The initiative, which is to last until 2035 (14 years), is a public-private partnership between the city and the regions and wine producers of Argentina. The objective is to better integrate national wine production into the urban population. Buenos Aires is 1,500 km (930 miles) from Salta, for example, in the country’s northwest Andean region while the country’s wine capital, Mendoza, is 1,000 km (620 miles) to the west.

The wine district roughly runs through Villa Devoto, Villa del Parque and a small part of the La Paternal neighborhoods in the city’s center-northwest. The project joins similar urban initiatives in Buenos Aires: the Technology District (created in 2008), the Audioviusal District (2011), the Arts District (2012) and the Design District (2013). Each occupies a certain area in the city.

As most of France returns to work this month, there are no signs of post-holiday easing of tensions in the offices of the Languedoc wine trade body. As if the terrible growing season the region has experienced this year weren’t enough, a months-long feud is set to end in court in October.

And if we haven’t talked about it before, it’s because – in the tradition of bureaucratic ding-dongs – the situation is a real soup sandwich.

Like most professional wine organizations, the Languedoc Interprofessional Wine Council (or CIVL) deals, among other things, with the marketing and promotion of the region’s wines and appellations both within and within the region. ‘export. However, in a situation seemingly unique to Languedoc, wine producers who engage in more than 50 percent of direct marketing (i.e. those who rely little on the CIVL for promotional activities) are nonetheless present at the CIVL congress through an allocation of 30 per cent of seats in the College of Negotiators.

Still with me? So much the better, because after more than 20 years of this modus vivendi, a few months ago another group – the UEVM (Union of Mediterranean Viticultural Companies) – presented its list of representatives to the College of Negotiators at the CIVL [presumably this is its remit?]which did not contain any name of the so-called “direct marketing” group. The UEVM took the opportunity to stress that these producers are not traders (traders) and therefore do not really have their place in the Assembly of traders.

Cue uproar. Four major wine regions of the CIVL – Corbières, Fitou, Malepère and Faugères – threw their toys out of the stroller and threatened to sever their relationship with the interprofession on this subject. More recently, Corbières and Faugères have indicated that they will indeed do so.

Not only would this see regions going it alone in 2024 (current agreements are expected to be renewed before the end of 2023), but it would also mean a significant reduction in financial contributions. [these are actually called “Obligatory Volontary Contributions” – yes, you read that correctly – or CVOs in French] at the CIVL.

“The suspension of Compulsory Voluntary Contributions demanded by direct traders and the four rebel unions can only weaken the cash flow of the CIVL (already reduced by the departure of Minervois last year and the chaotic marketing campaigns during the health crisis)” writes Alexendre of vitisphere.com. Abellan Friday in an op-ed titled “Settling Accounts at LanguedOK Corral”.

All this exploded at the beginning of July, coinciding majestically with the election of Christophe Bousquet (who also heads the association of winegrowers of La Clape) as the new president of the CIVL. “I would have preferred to be elected under more peaceful conditions,” he said at the time. In addition to stating the obvious, Bousquet has since tried to adopt a calming but stern tone.

Its chalice, however, remains as poisoned as a Bulgarian umbrella.

“I don’t want to shell out gasoline for a car I’m not going to drive in,” Alain Gleyzes, president of the Fitou winegrowers’ union, told vitisphere.com in August. “I think I’d rather stab a tire and pour sugar into the tank.”

As for the other side: “Honestly, I don’t understand,” said UEVM president Gilles Gally – a revealing comment, considering he is an insider. Gally maintains that the position of the UEVM joins that of all the other French wine authorities and that, if the case were to be decided in favor of the direct distributors and the four dissident regions, “we will have to change all the French interprofessions. [trade bodies]”.

Languedoc is notoriously out of step with regard to pan-regional harmonization. In 2017, wine growers opposed the appellations system; Fitou himself left the CIVL in 2006 (and returned in 2011); and – as noted by Abellan – the Minervois region (with the lesser known Muscat de Frontignan) left the CIVL last year.

The case is brought before the civil chamber of the Narbonne court on October 4.

Davis study finds vineyards can cut irrigation in half

A study by a team at the University of California Davis found that irrigation levels can be halved in coastal areas of California without adverse effects on the flavor, color or sugar levels of the grapes. Published Wednesday in the scientific journal Frontiers, the study, which focused only on cabernet sauvignon, could prove to be fundamental for viticulture in California and abroad.

“At the end of the day, drought doesn’t come for wine,” lead author Kaan Kurtural said in a statement. “It is not necessary to have a huge amount of water for the grapes. If you irrigate too much at times like these, you will just spoil the quality for little gain. “

The research spanned two years (drought-affected 2019 and 2020 rainy seasons) and monitored grapes at a Napa Valley research vineyard in Oakville, planted in 2011. The team focused on based irrigation. on plant evapotranspiration – the amount of water lost by the plant to the atmosphere.

The study covered three levels of water replenishment, or irrigation: 25 percent, 50 percent and 100 percent. He found that a 50 percent replacement level was the most beneficial in terms of yield and flavor profile.

It is hoped that the study will encourage a decline in water use, especially given the policy of water in a changing climate. Agricultural water use in California is significant and accounts for about half of the state’s total water supply.

Perhaps in an effort to distract from the ongoing trade feud with China, or just to boost their profile with an Australian wine industry job website, winejobs.com.au, is running a competition to find Australian wine industry “The Best Dog”. The competition searches for the cellar dog with the best account of his daily tasks in his cellar or vineyard.

“We’re looking for a dog who has the best job in your cellar or vineyard – from cellar mascot to security to pest controller,” the website says.

Website visitors will be able to vote in a category of audience choice while the top prize consists of a cover photo shoot of the Australian and New Zealand magazine Grapegrower & Winemaker and a one-year subscription to the publication. The winner will be announced at the end of November. 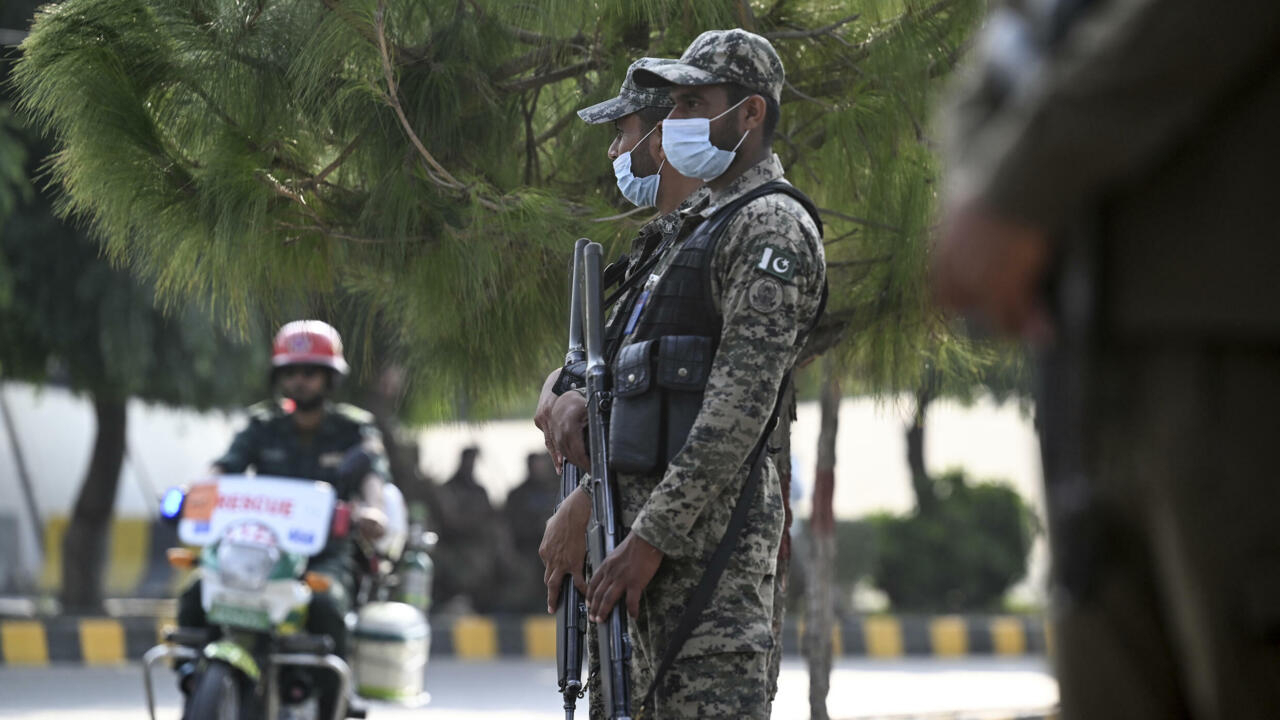 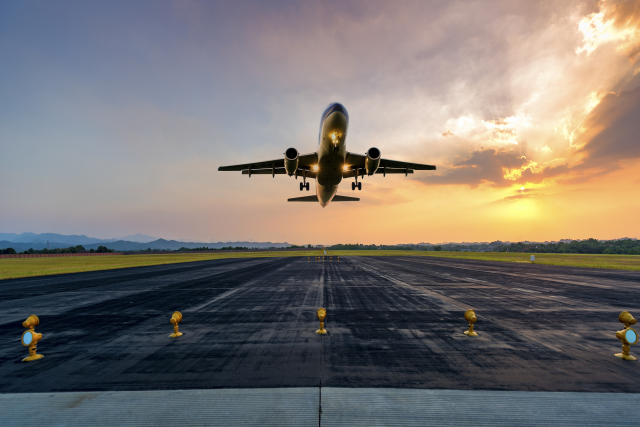