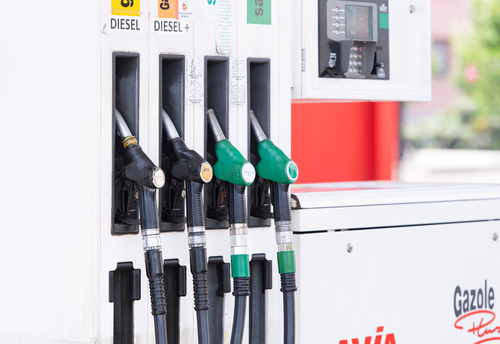 At the end of the day yesterday (October 17), 28.1% of French service stations experienced shortages of at least one product according to the Ministry of Energy Transition, against 30.1% on Sunday (October 16).

On the other hand, in Bourgogne-Franche-Comté, the situation has worsened, with 40.5% of stations out of stock against 39.4% on Sunday.

The map below reflects the variation in the situation in the different French regions. The figures attached to each region show the proportion of service stations experiencing shortages.

For more on checking fuel availability at your local gas stations, see our article below:

Read more: Fuel shortage in France: how to check stocks at your local gas station

President Emmanuel Macron met with ministers last night to discuss the situation and then promised to “do everything possible” to get the situation resolved.

The government has started a requisition – forcing some employees to return to work to ensure a minimum service – at the Feyzin depot in the Rhône yesterday, which should make it possible to relieve congestion in Hauts-de-France, Auvergne-Rhône-Alpes and Bourgogne-Franche-Comté.

“We do it for the French, we don’t do it to go against the strikers, [réquisitions] are absolutely necessary so that people can continue to work and cover their essential needs,” said Minister for Energy Transition, Agnès Pannier-Runacher.

Average fuel prices rose sharply on shortages, with diesel rising 12 cents over the past week, returning to its June level.

Fuel prices began to rise with the start of refinery strikes in late September, after a week-long slump.

It comes as Prime Minister Elisabeth Borne announced yesterday that the government fuel rebate of 30 cents per liter would be maintained until mid-November, instead of being reduced to 10 cents per liter on November 1.

Read more: The 30-cent discount on fuel “at the pump” in France will be extended

The 20 cents per liter reduction from TotalEnergies will also be extended for the same period. These measures are intended to respond to the rise in prices precipitated by shortages.

Ms Pannier-Runacher called on suppliers not to take advantage of shortages last week and said such price hikes were “in no way” justified, even if they are partly related to crude oil costs.

After lasting almost three weeks, fuel shortages are now threatening to affect journeys in France for All Saints’ breaks, and some people have already canceled reservations.

“Cancellations have increased by more than 60% in the hotel sector,” Roland Héguy, president of the Union of Trades and Industries of the Hotel Industry (Umih), told France Bleu Vaucluse.

“Electricity and gas [prices] to have multiplied by four, five, 10, it is not possible. Tourism is very fragile, the future is very uncertain.