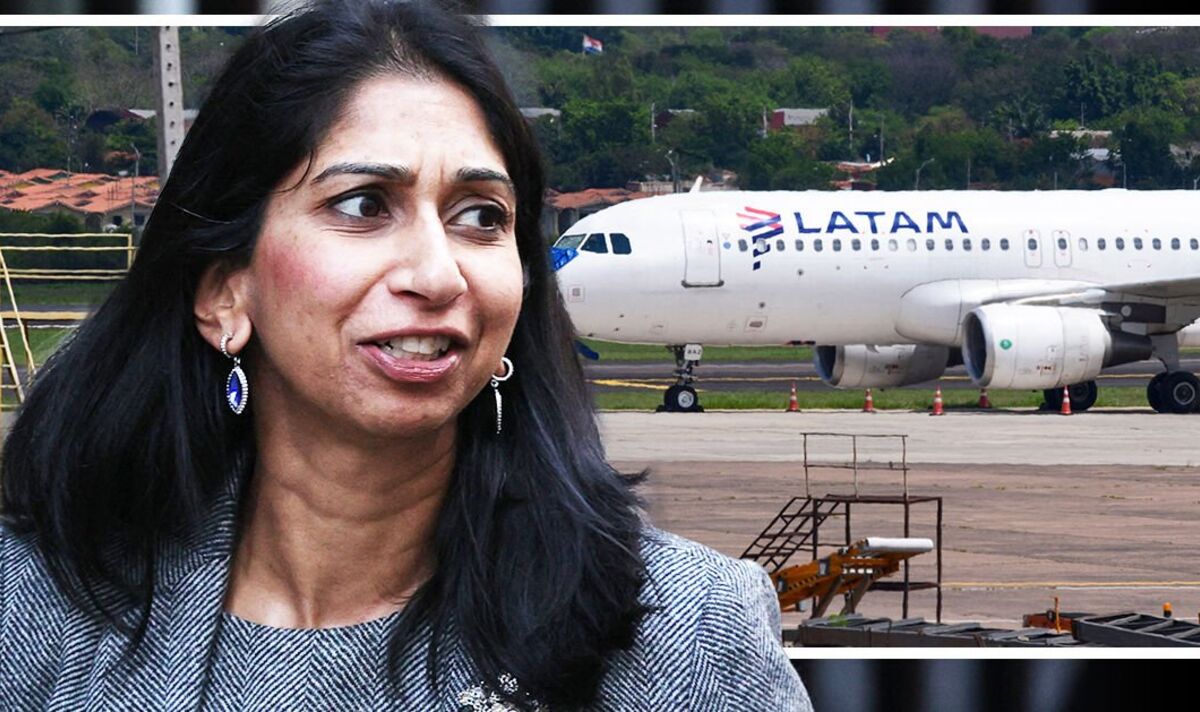 Express.co.uk has learned that under-fire minister Suella Braverman is pushing talks for alternatives in Rwanda with Paraguay to the most advanced stages. Other countries likely to be in the running for deals are Peru and Belize and there’s another African country “also in the mix”, a source told this website.

It is understood that Ms Braverman has agreed to return to the Home Office after supporting Rishi Sunak in the leadership election on the grounds that she would ‘have a free hand’ in tackling illegal immigration, particularly the problem of small boats in the English Channel.

So far this year, nearly 40,000 people have made the dangerous crossing from France with the help of organized crime gangs.

The daily cost to the taxpayer to put them up in hotels is £6.8m.

A senior Whitehall source told the Daily Express: “We have further discussions going on, Paraguay are the most advanced at the moment.

“We need to break the business model of human traffickers and we can only do that if the people they bring in understand that their final destination will not be Britain.”

Rwanda’s deportation deal has been put on hold after a number of left-leaning lawyers challenged plans to send illegal migrants to the East African country that hosted the Commonwealth summit of this year.

Red Wall MPs in particular have warned that failing to address the issue could see them lose their seats.

Stoke on Trent North MP Jonathan Gullis said: ‘It’s a great idea. We should try to make as many deals with as many countries as possible and get those planes off the ground.

‘We should also call on these left-wing militant lawyers supporting Labor who are doing everything they can to prevent us from dealing with this crisis.’

MP for Bassetlaw Brendan Clarke-Smith said: ‘Offshore processing has the potential to break the business model of criminal smuggling gangs and it is truly shameful that the opposition and their allies have done nothing else than trying to thwart that from the start. Partnerships with countries like Rwanda and others are welcome and will help us fight illegal immigration.

Dudley North MP Marco Longhi added: “I would support any workable measure that would have a deterrent effect on illegal incursions on British soil.

“The point of being immediately deported to another country is to deter people from trying in the first place. Crossings would then stop: come to the UK illegally? Go to… Tajikistan or elsewhere.

On Wednesday, Ms Braverman warned the Commons that the UK was facing “an invasion” on its shores with thousands of migrants crossing the Channel.

She has vowed to end the crisis and claimed attempts to force her to resign over sharing unclassified documents with Tory MP Sir John Hayes were actually from people who wanted to prevent her from regaining border control British.

The Home Secretary survived the week when many predicted she would be sacked for admitting she had shared documents six times from a private email address.

She also faced serious questions about a firebombing and the overcrowded conditions at a Kent migrant detention center at Manston Air Force Base.

Labor demanded answers on whether she ignored legal advice that residents should move out.

She was also criticized by Sir Roger Gale, the Tory MP where the center is based.

However, many Tory MPs believe she is the only minister willing to tackle the problem of illegal immigration.

Previously, she supported the exit from the jurisdiction of the European Court of Human Rights based in Strasbourg.

A senior Tory MP said: ‘Sunak must have calculated that if he fired Suella he would receive letters demanding a leadership contest.

A former minister added: “Politically it is irrevocable for him.”

Tory MPs admitted some concern that something strong for them had become one Labor felt capable of attacking.

Sir Keir accused Mr Sunak of ‘making a dirty deal’ with Ms Braverman because his support in the leadership election was seen as crucial to Boris Johnson dropping out of the race.

He said: “No one on the Labor side of the House wants open borders. It is the government that has lost control of our borders. Four prime ministers in five years and it’s the same old, the same old.

“The Prime Minister stands there and tries to pass the blame. If the asylum system is broken and its fate has been in power for 12 years, how can it be anyone’s fault other than their own?

But Mr Sunak hit back: “He raises the question of what we are doing. We have increased the number of processing agents by 80% and we will add 500 by next March.

“If he were really serious about solving this problem, he would recognize that we have to tackle the problem of people making false statements – false, repeated, last minute – to derail the process.

“That’s how we’ll approach the system, so why did he vote against the Nationality and Borders Act, which deals with it?”