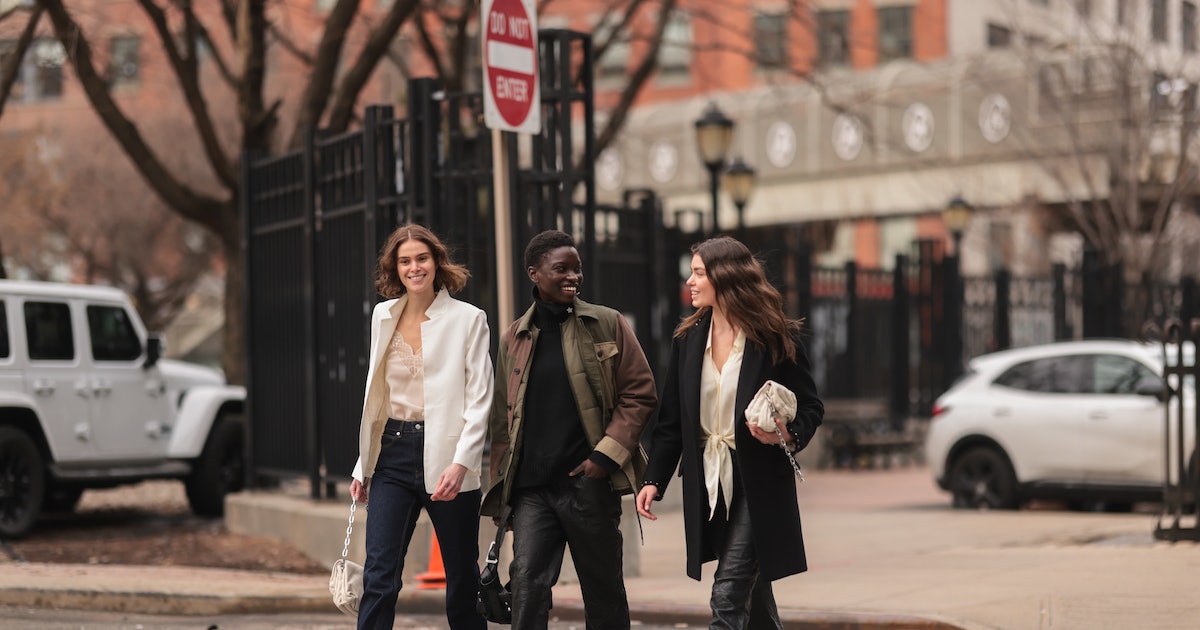 September 9 kicks off New York Fashion Week and the following Fashion Month shows held in London, Milan and Paris. With the arrival of the first week, a transformed city is punctuated with pockets of street style photographers (and well-dressed subjects), pop-up shops, parades, in-store events and special dinners held in all the city. In other words, it’s a very classy time to be in town if you like a festive occasion.

If you’ll be here for NYFW and need some recommendations for where to eat, sleep, sip, or something in that vein, it’s a good idea to bookmark (and reserve) a few spots ahead of time. To help you prepare, TZR has compiled a travel guide to the city, with feedback from attendees who have memorized all the best places to visit between shows and meetings.

And if you’re here just to find out about the newest and flashiest openings in town, that’s not what it is. Instead, enjoy an insider’s perspective on places that are both new and tried and true. From pepper steak at an iconic 50-year-old Soho joint to the village’s brand new natural wine bar, there’s something for everyone. Let fashion month begin.

Foreigners from overseas or cities like Los Angeles need a pillow to lay their head on every night – don’t worry, NYC has plenty of options for you. The Bowery Hotel is a simple place to start (it’s also fashion insider Jenny Walton’s choice for lodging in the city). It sits at the East Village intersection between Bowery and 3rd Street and is best described as quintessential New York City. You can also book a room at the Ludlow, a New York Fashion Week staple for Libby Jane Page, Market Director of Net-a-Porter (think an upscale boutique hotel on the trendy Lower East Side). in Manhattan). If you’re aiming higher in the city, NoMad has two notable new openings – The Ned NoMad and the Ritz-Carlton New York NoMad. Or, if you’re looking for something affordable but just as stylish as the above, The Marlton in Greenwich Village is a best-kept secret. Beyond that, you can’t go wrong with must-sees like The Beekman, A Thompson Hotel in Lower Manhattan, The Mark on the Upper East Side, PUBLIC Hotel on the Lower East Side, or The High Line Hotel in Chelsea.

Fashion week basically goes show to show, praying you get there before the lights go out. At the end of the day, the idea of ​​a big dinner party sounds downright heavenly. “After a long day of shows, there’s nothing quite like getting cozy in a booth and ordering a martini and pepper steak from Raoul’s,” says Nicole Akhtarzad Eshaghpour, Who What Wear Marketplace Editor. For participants who answered yes to a parade during the afternoon hours, there is always a solution that does not involve a Kind bar. “Dinner during NYFW usually has to be quick to get to the evening show – luckily Serafina just opened an express location on 8th Street and 6th Avenue and you can find me there,” fashion editor, stylist and NYU Assistant Professor Jessica Partage Minkoff.

If you’re heading to Brooklyn, Walton suggests the rule of thirds in Greenpoint. “Went there recently and it was great. A nice bar too, for which you don’t need a reservation. In Nolita, freelance fashion editor Aemilia Madden singles out Thai Diner as the perfect spot. “No matter where I try to grab a bite to eat during fashion week, I’ve learned to wait,” she says. “Thai Diner is one of my favorite restaurants; Usually I throw down my name and grab a drink nearby while I wait. Other spots that should be on your radar: Sant Ambroeus in SoHo (another Page’s favorite), Minetta Tavern in Greenwich Village, Grand Central Oyster Bar in Midtown, Scarpetta in NoMad, The Bee in Tribeca, and Estela in Downtown (plus a thousand more spots, because New East York City the gastronomic destination and you are always spoiled for choice).

Where to eat lunch

If you manage to carve out a little slice of time for lunch during fashion week, there are a few places to keep in mind (if not, pack those high-protein snacks!). “It’s hard to find a lot of time for a sit-down lunch on a busy show day, so I love grabbing an acai bowl at Playa Bowls on Macdougal Street and eating it while answering emails and following social media,” Minkoff shares. For Walton, La Mercerie is still the go-to. “They have a great salad and a great veggie quiche,” she notes. If you’re in the mood for something creative and healthy Madden points to Dimes, “It’s been my go-to lunch spot since it opened in 2013. The quirky, healthy meals like the big salad, the açaí bowl, and the pozole all make me feel energized. ” In the kingdom of amazing salads, head to the American Bar in the West Village (Page is a fan of the chopped salad).

Where to have a drink

If you find yourself grabbing a drink with friends (or yourself, really) at the end of a long day of shows, you’ll need a few marked spots. Eshaghpour suggests enjoying the view (“and the Mr C cocktails”) at Casa Cipriani downtown. For those ending their day in uptown, Madden recommends Lodi. “If I find myself near Rockefeller Center for a show, I love Lodi for a mezcal negroni or a glass of wine,” she says. The newly opened Le Dive – a natural wine bar inspired by the Parisian tobacconist in LES – is where Page will head (“or Corner Bar at the Nine Orchard Hotel”).

As for Walton, she keeps her cards close to her chest. “My number one rule for a good bar is that it should be empty (I like to drink in peace) so I could never honestly answer that question,” she laughs. “But since it’s already full anyway, kinda hit and miss but Gelso & Grand right in the center of Little Italy does a wicked Campari spritz and a fantastic spicy kale Caesar salad.” A few other TZR-approved spots to keep in mind: the newly opened lobby bar at the Chelsea Hotel, Deux Chats in Williamsburg, Chapel Bar in Flatiron (if you can get an invite, it’s a members-only lounge in a 19th century chapel), Nines Piano Bar downtown, Moonflower in the West Village for a glass of natural wine, Pebble Bar in Midtown, Gem Wine on the Lower East Side, Katana Kitten in the West Village for a highball, and if you find yourself in Brooklyn’s Carroll Gardens, there’s no better place for a craft cocktail than the Clover Club.

Where to get quick handling

Although a hearty meal ranks higher on NYFW’s priority list than a manicure, that doesn’t mean it’s not a valid consideration. If you forgot to get one before the trip (or just need a quick self-care situation), there are a few addresses to have on your radar. “I’m a die-hard fan of Chillhouse, which started out as a small place on the LES but now has its flagship in SoHo,” says Madden. For Page, Glosslab’s many locations make it easy to get to anytime. Jinsoon Tribeca for Walton and Paintbox for Eshaghpour (“it’s a manicure that will last you through NYFW and beyond”). As for Minkoff, her go-to spot for a quick manicure is TenOverTen on Houston Street (“although anyone who’s seen my nails knows I can’t get a quick manicure — graphic nail art on hard ‘acrylic powder!”).

Where to grab a coffee between shows

Ah yes, coffee. NYFW’s lifeline. “There’s a cafe on almost every block in New York so that shouldn’t be a problem and it’s hard to go wrong (anywhere but Starbucks should suffice because come on, you’re in New York – support somewhere local),” says Walton. “If in Tribeca, Interlude is great and in the West Village Bar Pisellino is very nice (especially if you’re like me and constantly miss Italy).” If you’re near Union Square, Minkoff points to matcha and cold cups to go at Blue Bottle on University Place. If you’re in LES, Madden’s former playground, she recommends Ludlow Coffee Supply. “It’s laid back and there’s outdoor seating which is especially nice in the summer. I’m usually a year-round cold brew person, but when I’m feeling particularly decadent, I rush for a cappuccino, which is always perfectly rich and frothy here. La Cabra in the East Village and The Elk in the West Village are both picks for Jane, and Eshaghpour’s favorite has locations all over town. “Whether your show schedule takes you downtown, downtown, or – most likely – all over town, you can never go wrong indulging in a quick coffee and, maybe, a slice of Princess Cake. of Sant Ambroeus.”

Where to find a moment of zen

For the outside observer, the idea of ​​”finding zen” during something as glamorous as New York Fashion Week might make your eyes spin – but make no mistake, these attendees work hard and certainly make overtime. Plus, everyone deserves Zen, especially during such a frenetic and demanding time. “Urban Asanas is New York’s best kept secret for acupuncture, infrared sauna and yoga,” shares stylist Rachael Wang. “Try a relaxation class with Jyll, the owner.”

For Minkoff, physical movement is the best medicine. “During NYFW in September, I take every opportunity to walk between shows that I can. Walking, rather than getting in a cab or Uber, allows me to reflect on the trends and collections I’ve seen that day. there and taking little mental notes about pieces and designers that stand out for the upcoming season. Walton also finds calm during the show’s commute. “I find a lot of zen on the subway and listening to music (although I’m sure most people wouldn’t think of the subway as a Zen experience),” she says. Also, get a Citibike and cycle everywhere, it’s the best way to see the city. On top of that, she suggests a quick visit to the museum between shows: “I’d go to MoMA and admire the Matisse exhibit, I’d have a sandwich at Pret, I’d sit in Central Park with a little picnic. Then I’ll take a walk in the Met. I did that a few years ago. a few months and it was a beautiful peaceful day. And for literature lovers, Madden says the McNally Jackson Bookstore is a must. “The smell of new books relaxes me instantly.”

(keep up to date) 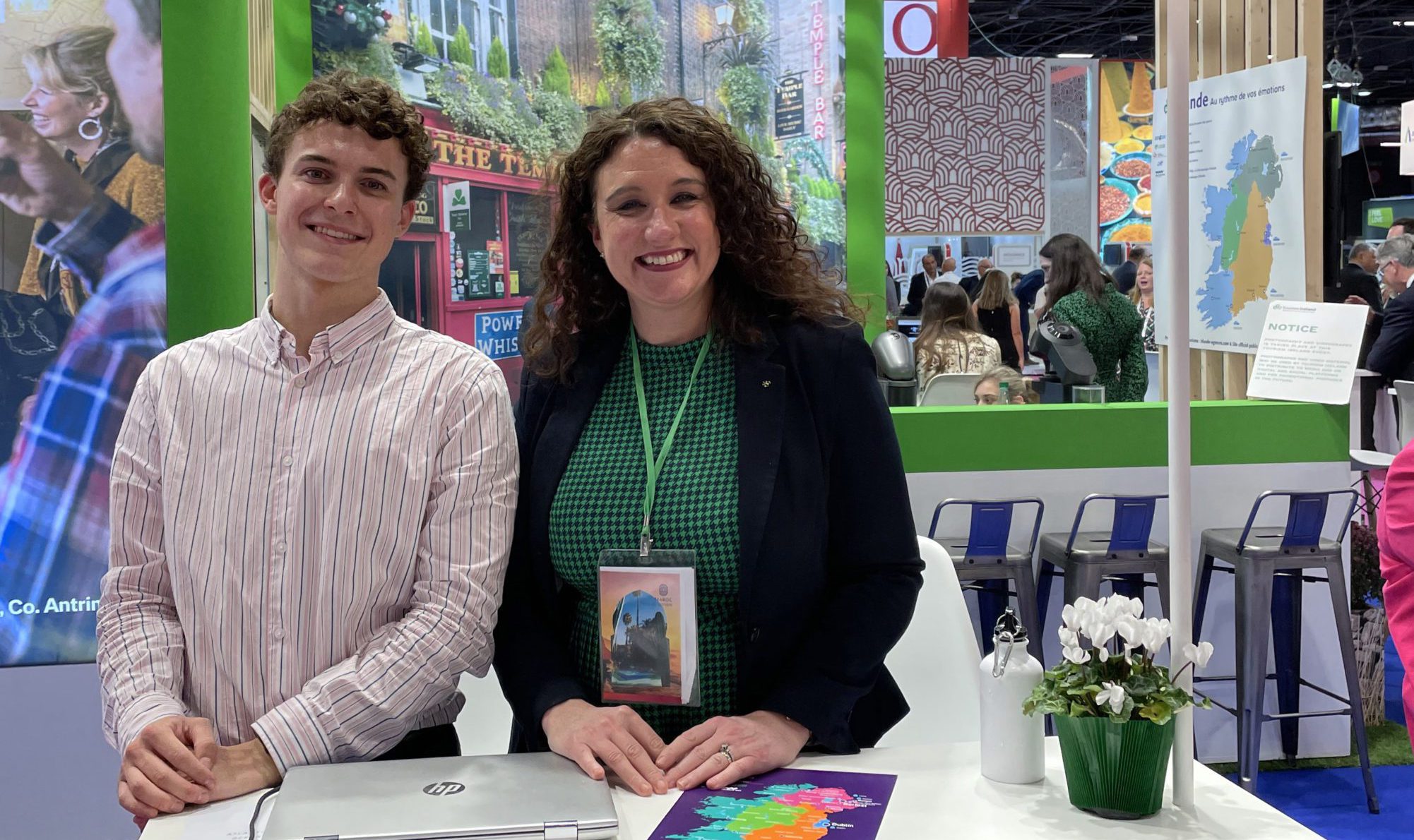 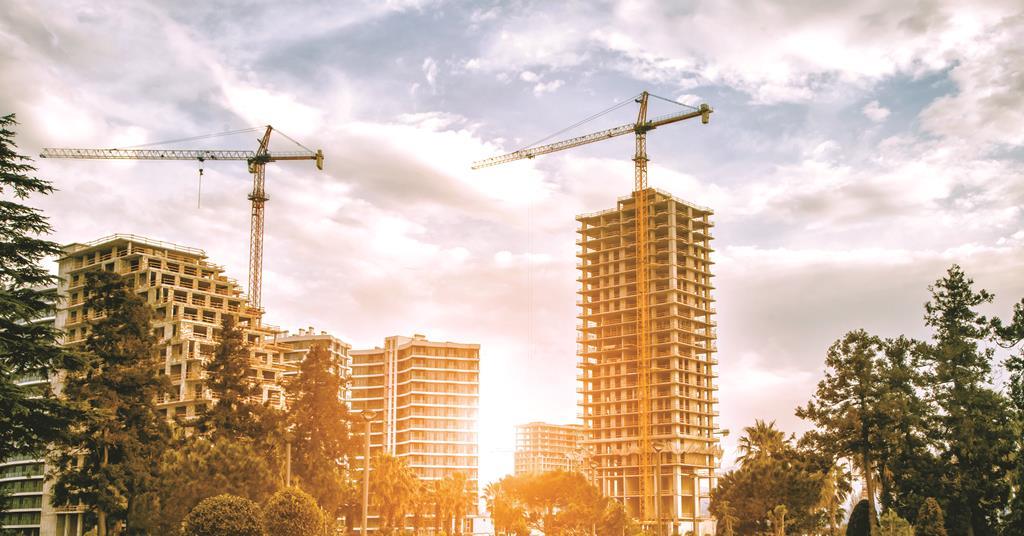